Why has Russia invaded Ukraine and what does Putin want?

Russia has launched a devastating attack on Ukraine, a European democracy of 44 million people, bombarding its cities and closing in on the capital, Kyiv, prompting a mass exodus of refugees.

But why did Russia’s authoritarian leader tear up a peace deal with his neighbour and unleash what Germany’s chancellor has labelled “Putin’s war”?

He has shattered peace in Europe and thrown the continent’s entire security structure into jeopardy.

Why did Russian troops invade?
In a pre-dawn TV address on 24 February, President Putin declared Russia could not feel “safe, develop and exist” because of what he claimed was a constant threat from modern Ukraine.

Immediately, airports and military headquarters were attacked, then tanks and troops rolled in from Russia, Russian-annexed Crimea and its ally Belarus. Big cities have been shelled, neighbourhoods razed to the ground and millions of Ukrainians have fled their homes.

And yet Russia bans the terms war or even invasion, threatening journalists with jail if they do. For President Putin this is a “special military operation”.

Many of his justifications for war were false or irrational.

He claimed his goal was to protect people subjected to bullying and genocide and aim for the “demilitarisation and de-Nazification” of Ukraine. There has been no genocide in Ukraine: it is a vibrant democracy, led by a president who is Jewish.

“How could I be a Nazi?” said Volodymyr Zelensky, who has likened Russia’s onslaught to Nazi Germany’s invasion in World War Two. Ukraine’s chief rabbi and the Auschwitz Memorial have also rejected Russia’s slur. 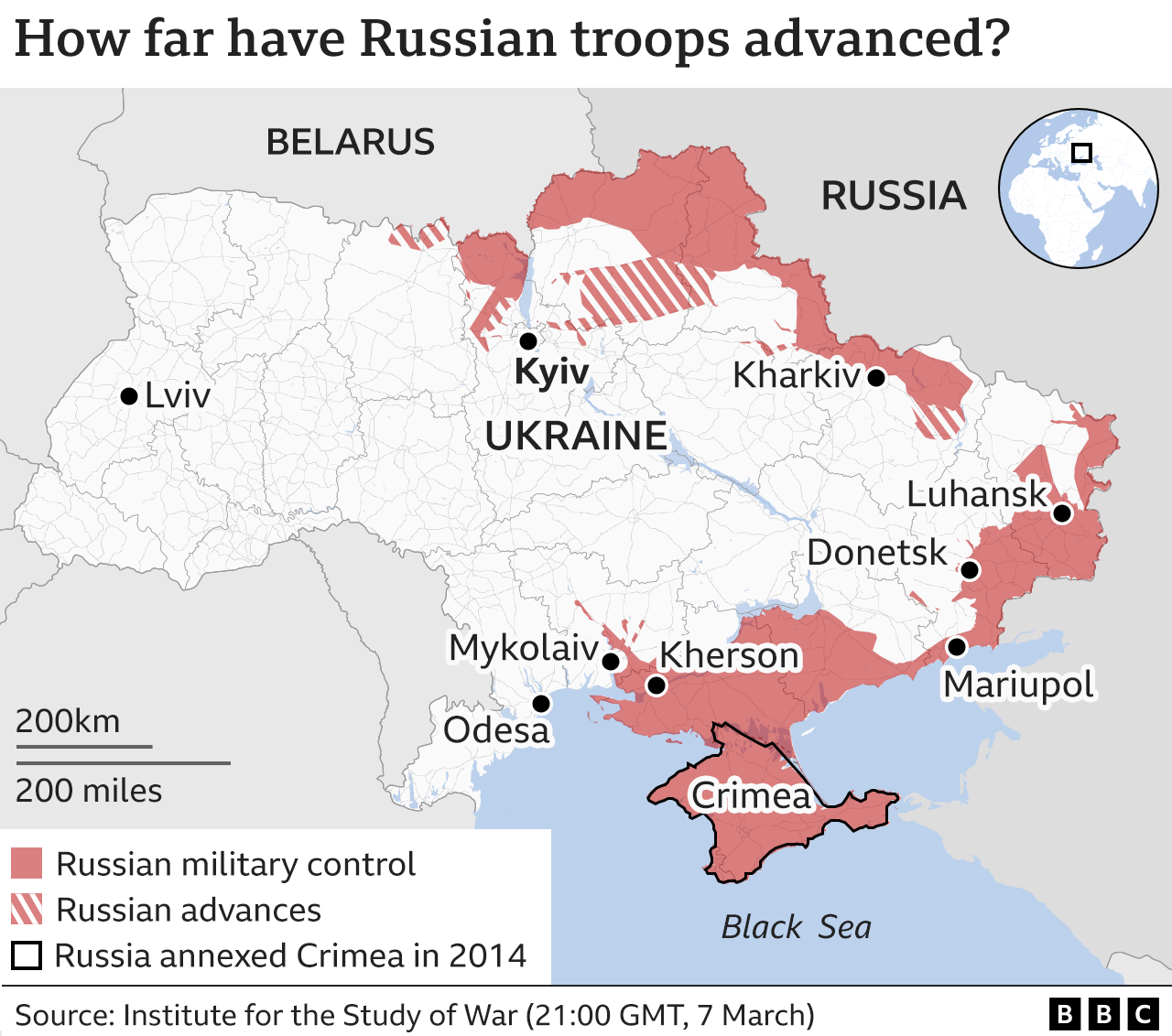 President Putin has frequently accused Ukraine of being taken over by extremists, ever since its pro-Russian president, Viktor Yanukovych, was ousted in 2014 after months of protests against his rule.

But Ukraine has not lurched to the right, it has turned to the West, and Russia’s leader aims to reverse that. Those protests broke out when Moscow pressed Ukraine’s president not to sign a 2013 association treaty with the EU.

Russia retaliated in 2014 by seizing the southern region of Crimea and triggering a rebellion in the east, backing separatists who have fought Ukrainian forces in an eight-year war that has claimed 14,000 lives.

Ukraine has made clear it wants to join the European Union and the Western defensive alliance, Nato, but the Kremlin will not have it.

In late 2021, Russia began deploying big numbers of troops close to Ukraine’s borders. President Putin repeatedly denied planning an invasion, but then he scrapped a 2015 peace deal for the east and recognised areas under rebel control as independent.

As he sent in the troops, he accused Nato of threatening “our historic future as a nation”.

How far will Russia go?
It is already clear Vladimir Putin seeks to take control of Ukraine and overthrow its democratically elected government. President Zelensky said he had been warned “the enemy has designated me as target number one; my family is target number two”.

Russia’s stated goal is that Ukraine be freed from oppression and “cleansed of the Nazis”. Under this false narrative of a Ukraine run by fascists since 2014, Mr Putin has spoken of bringing to court “those who committed numerous bloody crimes against civilians”.

He has denied aiming to occupy Ukraine and he rejected a UK accusation before the war that he was plotting to install a pro-Kremlin puppet, but then he said there would be no invasion either. One unconfirmed intelligence report says he aims to split the country in two. 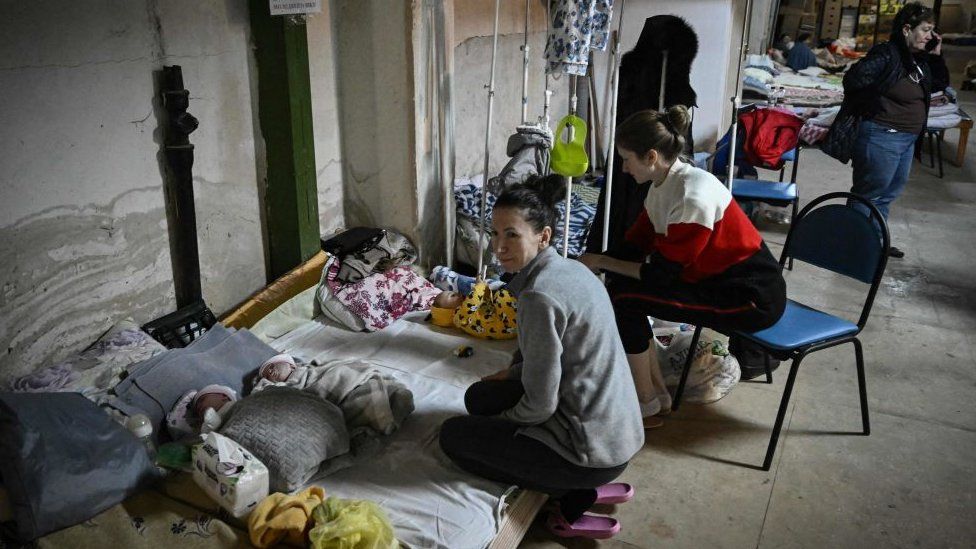 There is no immediate threat to Russia’s Baltic neighbours, but Nato has bolstered their defences just in case.

One clue to his war aims came in an editorial published on 26 February then deleted by state news agency Ria-Novosti in which the writer praised a new world order where Russia was restoring its pre-1991 Soviet unity, gathering the so-called Russian world of Russians, Belarusians and Little Russians (Ukrainians).

Last year, President Putin wrote a long piece describing Russians and Ukrainians as “one nation”, and he has described the collapse of the Soviet Union in December 1991 as the “disintegration of historical Russia”.

A puppet has worked out in Belarus, through long-time authoritarian leader Alexander Lukashenko, but in Ukraine that is quite another matter.